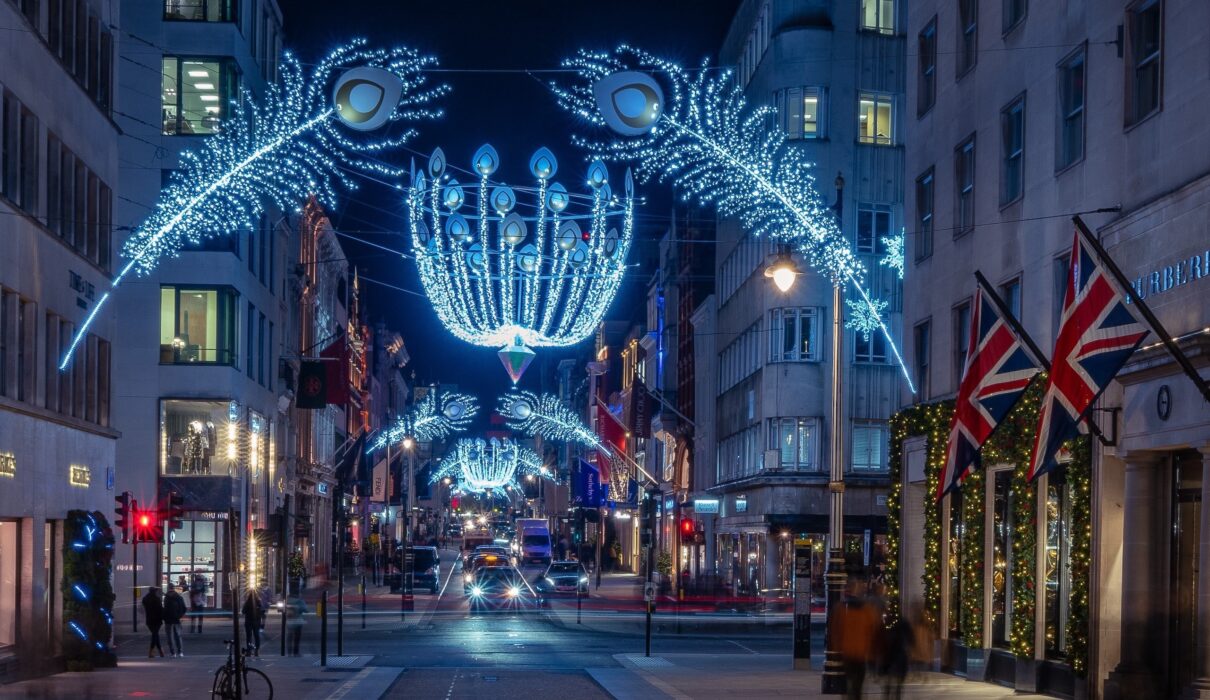 The origins of London’s Christmas traditions

I recently joined Visit Britain (Australia) and London Walks for a virtual tour of London’s beautiful streets lit up like, well, you know….

Having lived in the southern hemisphere all my life with hot, sweaty festive days, I’m yet to experience a white Christmas!  But it seems few cities offer as much vintage allure, heritage and dazzling charms as London.

Here, we take a look at some of the English Christmas traditions that light up London.

In Trafalgar Square, an enormous Christmas Tree has stood since 1947. The tree is an annual gift to London from the city of Oslo in Norway as a token of gratitude for Britain’s support during WWII. The very first tree was 15 meters tall and was decorated with 300 candles and a star at the top, as well as strings of silver tinsel.

In 2020, a felling ceremony was held in Norway for an 80-year-old and 70-feet-tall tree sourced from a sustainable forest. For the first time, the lighting of the tree was a ‘virtual’ event (due to Covid-19) which took place on 3 December. The tree, which is always decorated with vertically-running lights, glows just as bright and sparkly as any other year. 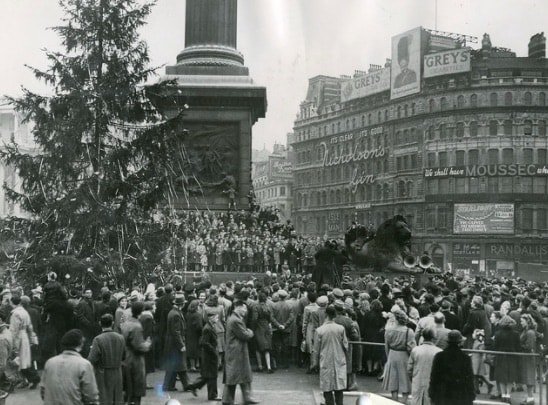 Over in Covent Garden, the ‘meet me under the mistletoe’ Christmas installation is another pretty fixture on the London Christmas calendar. As Whitehouse explained, the act of kissing somebody beneath mistletoe allowed men in the middle ages to kiss women. This year, 115,000 lights illuminate Covent Garden.

However, it was Queen Victoria and her consort Prince Albert who are credited with popularising the decorating of the Christmas tree, with an engraving published in 1848 that showed the Queen, the Prince and their children decorating a tree. They would decorate the tree at Christmas Eve each year at Windsor Castle putting lights and gingerbread on the tree before their children were brought in to the room.

In 1957, Regent Street became the first street in London to be illuminated with twinkling Christmas lights, with Oxford Street following just a couple of years later in 1959. This year’s Oxford Street decorations are lit with 27 LED ‘light curtains’ draped down the length of the street and comprised of 222,000 lights. The installations showcase a poem dedicated to the city of London.

The 2020 Christmas lights of fashionable shopping district, Bond Street, with shops such as Cartier and Tiffany, take inspiration from peacock feathers. As Whitehouse explains, “The peacock feather designs are in honour of 18th century fashionista men who were called ‘peacocks’ as they strutted and paraded about in their fashionable garments.”

The famous Carnaby Street in London’s West End was the birthplace of Swinging London in the 1960s. It was the place to be for creatives with abundant colour, new music and culture. Regulars included Jimi Hendrix, The Beatles, The Rolling Stones, The Kinks and style icons Brigitte Bardot and Elizabeth Taylor. It was also where Sir Paul McCartney met his wife Linda on 15 May 1967 at Bag O’ Nails Club at 9 Kingly Street. In 2020, Carnaby has collaborated with Choose Love, a charity from Help Refugees, which is the world’s only shop selling real gifts for refugees. As well as a Choose Love pop-up shop, the street is lit with pink neon lights that run a message of positivity to pay tribute to Londoners during this difficult pandemic year.

Origins of the Christmas cracker 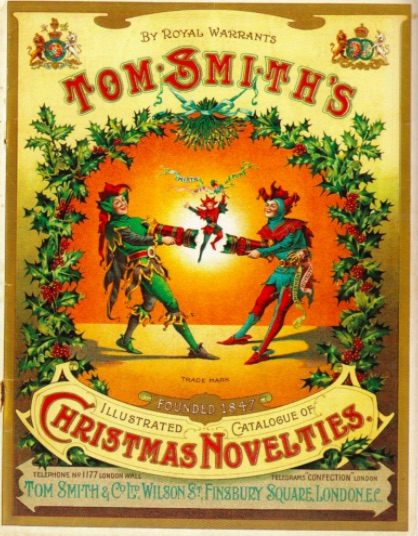 As Whitehouse explains to us, some credit England as being the birthplace of the Christmas cracker. However, it appears crackers first appeared in France as early as 1841, known as bon-bons. English businessman Tom Smith claims to have created the Christmas cracker in 1847. He was already selling bon-bon sweets in a twist of paper, but as sales decreased, Smith began to brainstorm new promotional ideas. He started inserting little messages and notes into the wrappers of the sweets, in the style of fortune cookies. He was inspired to include the ‘cracker’ element after sitting by an open fire one night and being inspired by the crackling sounds of the burning flames.

The first Tom Smith commercial crackers were sold in 1847 and the company is still in operation today and holds an official Royal Warrant from the Royal family. The firm made crackers for the suffragettes during the early 20th century.

Luxury department store Fortnum & Mason has been decorating its Piccadilly, Mayfair store with Christmas magic since 1930. Their decorative windows take on a new theme each year and are a popular drawcard for people to gaze at the visual storytelling. This year, the tradition still continues, with the outside of the store decorated to resemble an advent calendar. This year’s window capture key festive moments from Fortnum’s Christmases past – beginning with a sleighride in 1930 and journeying through to an exceptional 2020.

Selfridges department store is credited with being the first London store to decorate the outside of its shop for Christmas in 1920. .

The origins of the Christmas pudding dates to the 16th century and King Henry VIII is said to have been a big fan of it!

Purveyors of luxury foods Paul Rothe & Son, on Marylebone lane in Marylebone, is said to produce THE best fruit minced pies in all of London. The company has been trading since 1900 and run by the same family throughout its history.

“They bake three dozen minced pies fresh each day, so you have to be quick before they sell out,” says Simon.

The origins of the fruit minced pie is the middle east, as far back as the 13th century. Three spices of cinnamon, cloves and nutmeg were used in the fruit mix to symbolise the three wise kings. Originally, the pies were made in a rectangular shape to represent the manger of baby Jesus.

A Christmas Carol by Charles Dickens

The classic Christmas tale of miserly Ebenezer Scrooge was first published in London on 19 December, 1843 by Champman & Hall.

As Whitehouse informs us, “Dickens wrote A Christmas Carol in just six weeks, starting in October – so of course there was a rush to have it completed before Christmas.” Dickens wanted the book to be affordable and accessible to all, so the first copies were sold for five shillings. Dickens inscribed and signed several copies to send to his friends and colleagues. One such copy that Dickens inscribed to his actor friend William Macready, dated January 1, 1844, was sold by Sotheby’s auction house in 2010 for US$282,408.

Origins of the Christmas card

Founding director of the V&A Museum (Victoria & Albert Museum of Art and Design), Henry Cole (1808–1882) is credited with creating the first commercial Christmas card in 1843.

Henry Cole was a prominent civil-servant, educator and inventor.  In the 1840s, he was instrumental in reforming the British postal system and the establishment of the Uniform Penny Post that encouraged the sending of greeting cards.

Cole asked his friend, artist John Callcott Horsley, to illustrate his family at Christmas time and create a greeting card.

As stated on the V&A website, Cole’s diary entry for 17 December 1843 records, “In the Evg Horsley came & brought his design for Christmas Cards”. Cole commissioned a printer to transfer the design onto cards, printing a thousand copies that could be personalised with a hand-written greeting. Horsley himself personalised his card to Cole by drawing a tiny self-portrait in the bottom right corner instead of his signature, along with the date “Xmasse, 1843”.

To this day, the V&A still holds the national collection of cards for all occasions with more than 30,000 samples.

Colour-blocking in fashion and why I love it 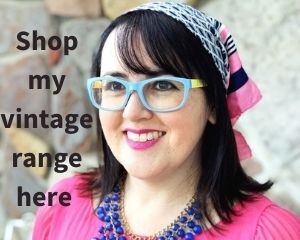 If you're visiting the Oberon region of NSW or the

Good morning Monday! It's the first Monday of the

I would travel all the way to Cheltenham in the UK